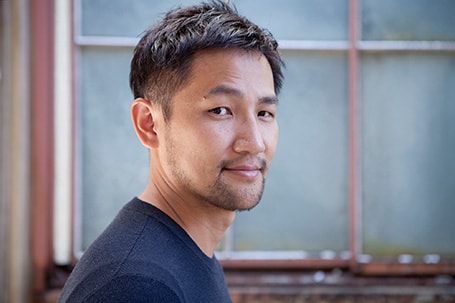 Teruhiro Yanagihara was born in 1976, Japan and spent his youth in Kagawa Prefecture. He established his own company in 2002 to develop his own, identifiable vision on design. Ever since, he has been contributing “borderless” designs for national and international clients. His projects cross boundaries and cultures to form encounters between contemporary design, industries and Japanese crafts. Since 2002, Yanagihara has been active in many design fields. He has exhibited at several international fairs such as the Stockholm Furniture Fair and Milan Salone. He is a product designer for clients such as OFFECCT (Sweden), Pallucco (Italy), Landscape Forms(USA), Wallpaper* (UK) and Kimura Glass (Japan) and an interior designer for Sergio Rossi (Italy) , and the Less Is More (LIM) Group in Japan, among others. He is the creative director of the furniture brand KARIMOKU NEW STANDARD (Japan), the leather item collection TYP by Morpho (Japan) and the ceramics brand 1616/ Arita Japan. Currently he is working as Creative Director on a ceramics project which celebrates the 400th anniversary of the Arita pottery industry in Japan and is personally involved in product development.The STOOLS and PILE series from KARIMOKU NEW STANDARD are taken into the permanent design collection of F.N.A.C. (Fond National d’Art Contemporain), Paris.

COPYRIGHT IS OWNES EXCLUSIVELY
BY TERUHIRO YANAGIHARA STUDIO LTD
AND APPLIES TO ALL WORKS SHOWN.SITE DESIGN BY desegno ltd.